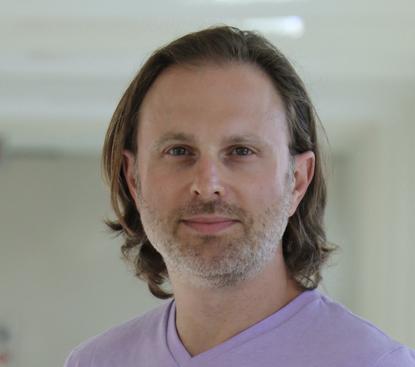 Brian Kremer is Associate Professor and Associate Program Director of Music Theatre at Elon University (Elon, North Carolina), as well as a professional singer, actor, and voice instructor. He teaches courses in voice specializing in contemporary singing and performance styles including music theatre, rock, pop, country, R&B and hip-hop. His current and former students can be seen performing on Broadway, off-Broadway, on national and international tours, and at various concert and commercial venues.

Beyond the classroom, he is co-author of The Singing Teacher’s Guide to Transgender Voices, the first comprehensive resource developed for training transgender and nonbinary singers. Its goal is to aid in the development of a successful vocal pedagogy and to help the academic community better understand the specific needs of transgender students as it pertains to vocal training. He has published on subjects pertaining to inclusive practices within educational spaces, such as the examining power dynamics and defining ethical and informed consent based practices for the use of instructional touch. He has presented on various topics at professional conferences, colleges, and universities all over the world, including the National Association of Teachers of Singing, Music Theatre Educators Alliance, The International Congress of Voice Teachers, Southeast Theatre Conference, Temple University and Folkwang Universität der Künste, Peabody Conservatory at Johns Hopkins University, The Voice Foundation and more.

As a performer, Brian has been seen in various shows across the country including South Pacific, La Cage aux Folles, A Grand Night for Singing, Follies, Nunsense: The Jamboree, The Boyfriend, Into the Woods, Fiddler on the Roof and Kiss Me Kate. He appeared in the world premier performances of The Rhythm of Life: A Cy Coleman Celebration, and Postpartum, a one act play performed at the Gotham Theatre in Manhattan. As a cross over artist, Brian’s operatic credits include Candide and The Cunning Little Vixen with the Opera Theater of Pittsburgh, as well as The Magic Flute, Dialogues of the Carmelites, and Dido and Aeneas. With a passion for studio recording, Brian can be heard as a featured soloist on the Electric Cattle Production’s 2002 release entitled Latin Jam 7, as well as John in the original cast recording of The New Picasso.